Bangkok, Thailand has been a busy city as long as I’ve known it. It’s a place I lived for some years and my memories are full of crowded shopping centres, jam-packed elevated trains, and traffic jams that stretch to the horizon. But, on my last visit as a tourist in 2016, I noticed the city seemed more congested than I ever remember.

🔺Asok Sukhumvit Junction At Night.
The public transport system, the BTS elevated train, MRT underground, and Airport link seemed worst affected. The Airport link in particular, which functions not only to get to and from the airport but provides access to the city centre for those living in the eastern suburbs, seems badly overcrowded. On the few occasions I used it I had to queue and was unable to board the first train, instead waiting for the second, third, and sometimes even fourth train. When I finally boarded, I was so crammed in I couldn’t lift my arms, I found myself buffeted around uncomfortably sandwiched between strangers. It’s so overcrowded it’s hard to imagine how it could function as an airport link, there’s no way you could board it carrying luggage during rush hour. 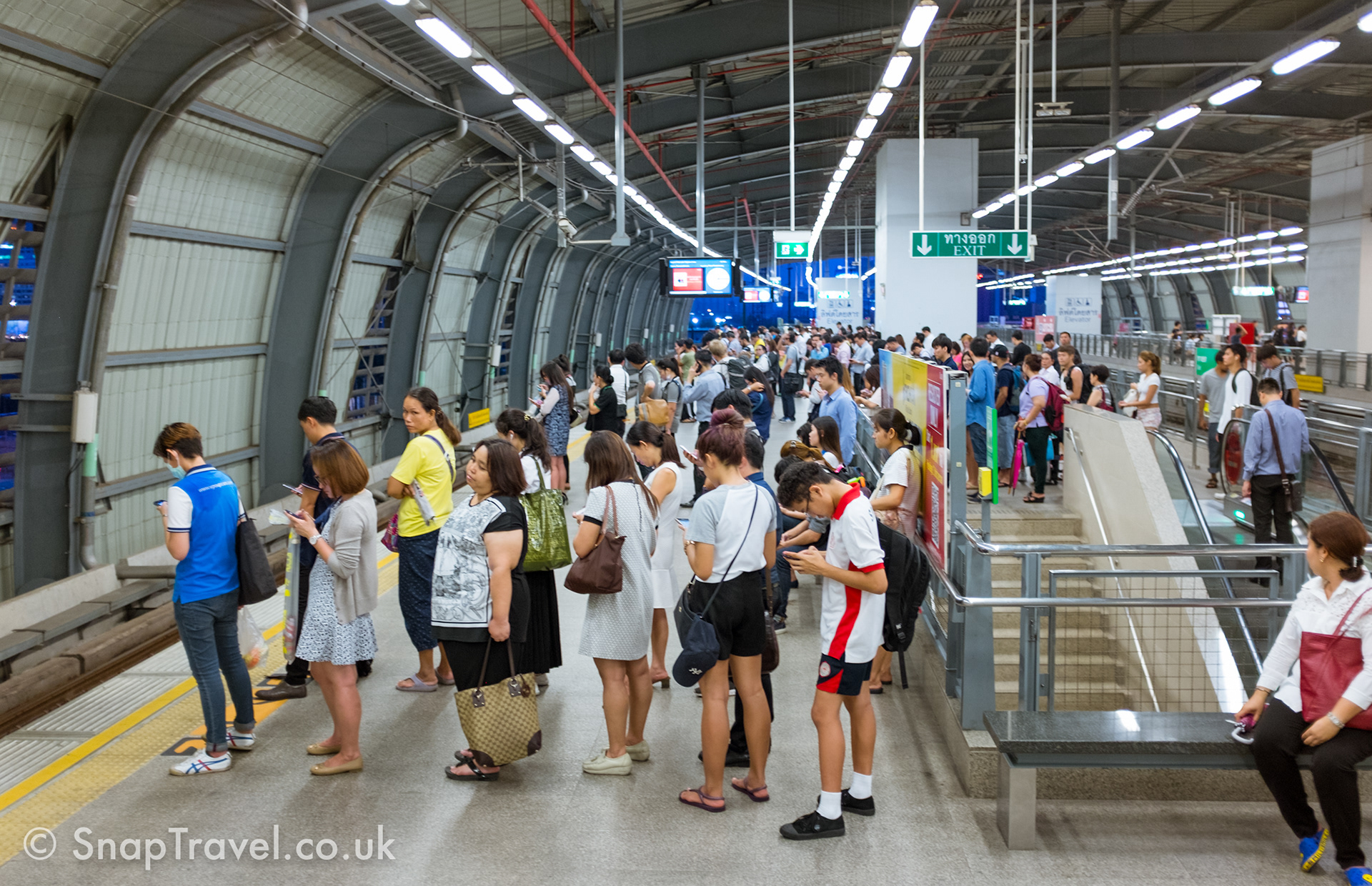 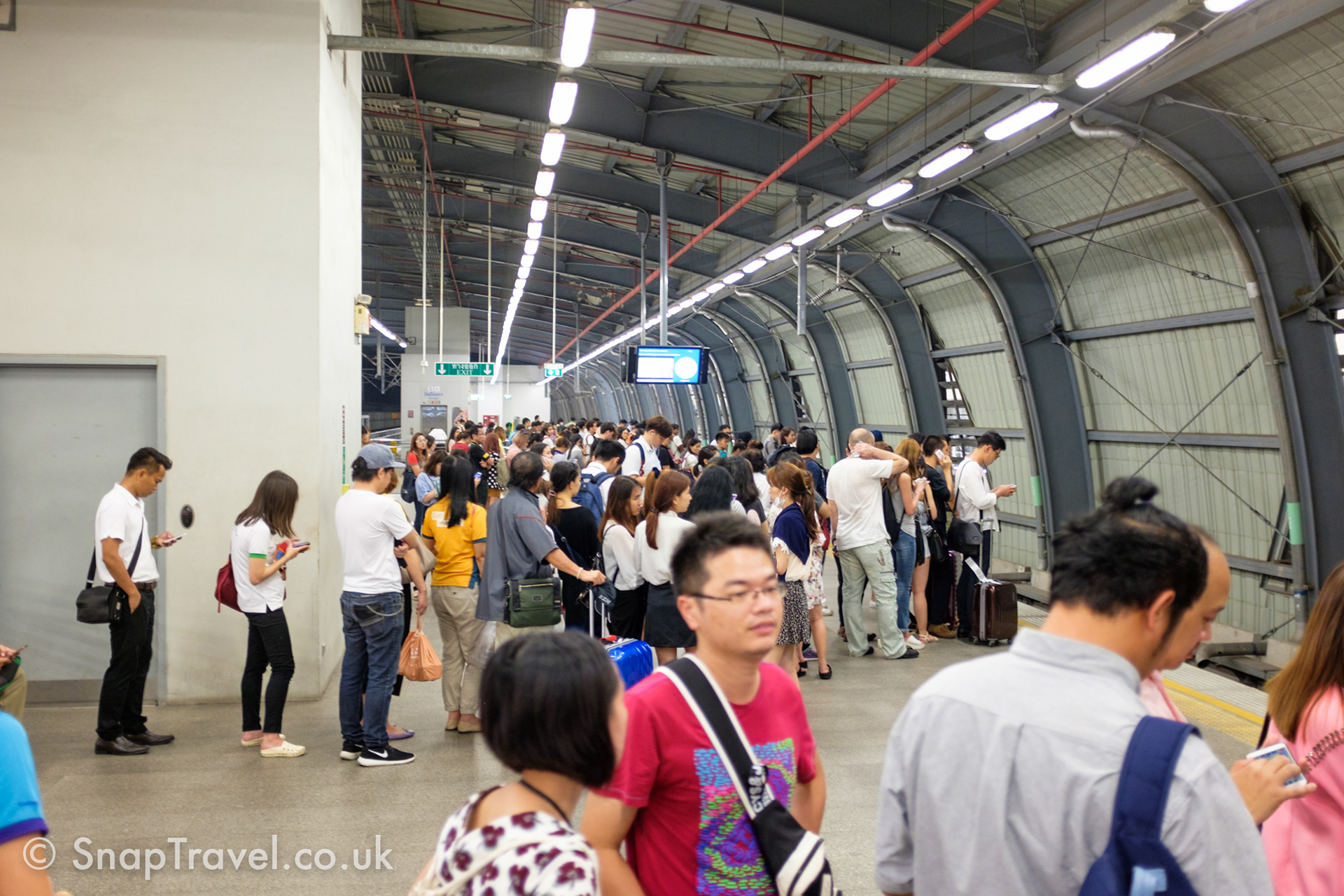 🔺People Waiting For Trains At An Airport Rail Link Station.
The traffic too seemed permanently congested, though to be honest that’s been the case in Bangkok as long as I can remember. The chaotic, overcrowded streets of the Thai capital have always been part of its character and I always enjoy visiting this hectic city. But, on my last trip, the queueing and overcrowding were the worst I’ve seen. I hope on my next visit to the city I’ll at least find they’ve added a few extra carriages to those trains.

🔺An Over Crowded Canal Taxi Boat.

Temples Of The Sun And The Moon

How To Add Sunlight And Shadow With Photoshop

Visiting The Basilica And Convent Of Santo Domingo

A Few Of My Favourite Photos From Hanoi

How To Turn Day Into Night With Photoshop

Quick Guide To Phnom Penh
↑Back to Top